Happy Monday!  I hope you’re staying warm in your little corner of the world.  They’ve closed the schools because of the cold here in Minnesota.  It is staggeringly cold!  With wind chills, they say it could get as low as -79.  That’s crazy business!

And with that, chickadees, I have to go run the tap again so the pipes don’t freeze again!  And perhaps grab a child to give noisy kisses to, too.

Have a magical day!

Want to have a little online holiday fun with your kiddos?  There are some really sweet sites that let you virtually decorate trees, make gingerbread houses, cut snowflakes and more.

Technology Rocks. Seriously has a fantastic roundup of gingerbread man fun storyboards, activities, interactive sites, printables and so on like these: 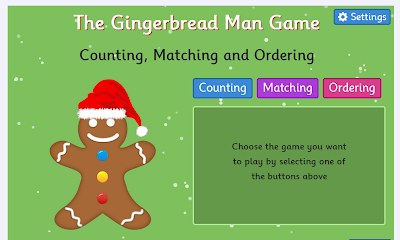 Then there’s the snow round-up of fantastic activities like these:

There’s the Christmas tree decorating roundup with fun links like these: 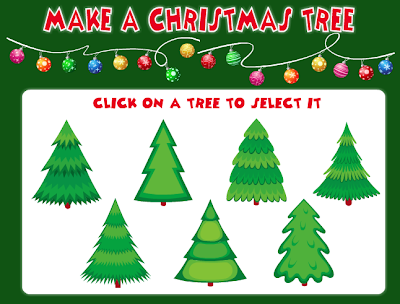 Be sure to check out the rest of the site for all sorts of great printables, educational games and other fun.

Is It Spring Yet?

I’m not sure why winter is getting to me

so much this year.

Maybe because we’ve had

too cold to even venture out most days–

so today I seized the tropical temperatures

and hauled the kids outside

Alex is not always a fan of time outside

And the others were not wild about the idea either

but soon snowballs were flying

And then everybody was having fun

and I was the one wishing we could

And okay, I guess I can see a little fun

in all this cold and white.

After all, what fun would spring be

if it was easy to come by?

no matter what type you’re blessed with this week.

But if you happen to live someplace warm and sunny

please enjoy it a little extra for me!

We got a wee bit of snow around these parts recently.

I used the opportunity to have a bit of snow fun at the dining room table.

I had my faithful assistant, Victoria, go get bowls full of fresh snow and fill an under-the-bed storage container with it.

Then I put it on the table with an assortment of little cars and a bulldozer for Alex to do a version of Lonni’s shaving cream snow plow idea from the silly assignment day.

He plowed for a while but his hands got too cold, so we moved on.

First I packed down the snow and gave him a big paintbrush, a jar of water (right in the tub, so spills wouldn’t matter) and some watercolor paints.  He painted the snow for a bit, but it was a bit tricky.  So we moved on.

I put out a muffin tin of water and added primary colors to three of them, and then we made all different colors in the cups.  I gave Jack, Victoria and Alex all pipettes (like tiny medicine droppers, I get them in bulk from a science surplus store for science and art fun!) and they squeezed colors to their hearts’ contents.

It was a colorful, artistic, crazy bunch of fun.

Even I got into the act!

I  highly recommend it next time you have a bit of the white stuff to deal with.  If you don’t have any snow, try mixing up anything white in a similar container and dropping colored water on it.  Dry rice, pale sand, shaving cream… Lots of things would be fun to experiment with!

In my book, any activity that involves pipettes and colored water is a good idea.  🙂

We got our first white stuff of the year this weekend, whether we were ready or not.  The kids had a fabulous time having snowball fights and playing with it, though you really can’t tell from this picture of Alex!  Victoria took it, and apparently his siblings forgot to find him a hat, poor boy!  🙂

It generally takes a while for kids to ever tire of good old fashioned playing in the snow, but if your kids are looking for some new things to do with it, here’s 10…

A Visit to Antarctica

Okay, it wasn’t really Antarctica, but it sure seemed like it!

Sometimes you need a little sunshine, a change of scenery and a delightful child or two to put your insides right again.

I was feeling pretty horrible the other day because of the recent child abuse tragedy. I wrote articles and researched more than I felt I could bear and then I hist post for the last time of the afternoon and asked the kids who wanted to go on a walk with me.

Two fabulous girls said yes and off we went.

Anna brought a walking stick that she collected at Lake Superior last fall. During the whole trip, she kept a running dialog about its magical properties and an imaginary world she made up as we went.

Finally, we got to the end of the world. Or the end of the street, anyway, which ends in a cornfield. It also happens to be where the snowplows have pushed all the nearby snow, creating a pretty cool place!

Anna used her trusty stick to climb the side of it and triumphantly surveyed her domain.

Victoria is never one to take the easy way, so she decided to run up the side of it.

There was a lot of falling down.

She even got this close.  It’s very hard to grab onto snow!

Once the girls were finally on solid ground, they talked me into climbing up and joining them.  What another world it was!  The girls raced and ran and explored and we had a blast.

(See how the girls are standing right on top of the snow?  It is actually pretty deep but they are light on their feet and didn’t usually sink in, unlike their mama! Note to self:  eat less chocolate!)

Then we climbed back over and slid down into the real world again.  Even me.

I also believe in lots of hot cocoa.

I know those of you in sunshine states are sick of hearing about snow, but when you have this much of it you tend to find a lot of uses for it!  Here’s what we did today…

Just go grab a pan of snow, pack it up into some snowballs and paint!  Store them in a bucket in the freezer or outside and then go have the most colorful snowball fight ever.  I recommend aiming for trees and houses, as frozen snowballs can get pretty solid.

Or you could have so much fun painting them that you let the rest all melt.

Guess we’ll have to do the snowball fight part tomorrow.  🙂

Since we have plenty of the white stuff outside and our fun plans for the day were canceled, I figured today was a perfect day for snow painting.  It was!  Those of us brave enough to venture into the cold left messages and designs for passers-by, and then we brought tubs inside to play with.

This kept all four kids happy and two year-old Alex happily played at the table with his snow for over an hour.  We had to keep refilling it, but lucky for us there’s always plenty more.  😉

Here’s a fun little song to teach the kids
to sing and dance.

Sung to "I’m a Little Teapot"

I’m a little snowman
Short and fat (knees bent slightly, arms curved out at sides)
Here is my scarf (hand movement across neck and shoulders)
And here is my hat. (pretend to put one on)
When the sun comes out (arms up and together to form large circle above head)
I’ll melt away (sing slowly, sink to floor, pause)
But don’t worry (sit up, look confident)
I’ll be back some day! (point to self, tapping chest with finger)

~ No snow where you live?
Crumple white paper from the recycling bin into balls
and have a "snowball fight" inside.

~ Use more recycling paper to cut tiny snowflakes
and decorate mirrors and windows with them.

~ Make sno-cones with real snow or crushed ice.
Drizzle fruit juice concentrate on top
(diluted one to one with water)
or make the junky stuff with kool-aid. 🙂

~ If you have snow, get out and make a snowman…
or better yet a snowbeast.

~ Or just go have fun in the stuff!